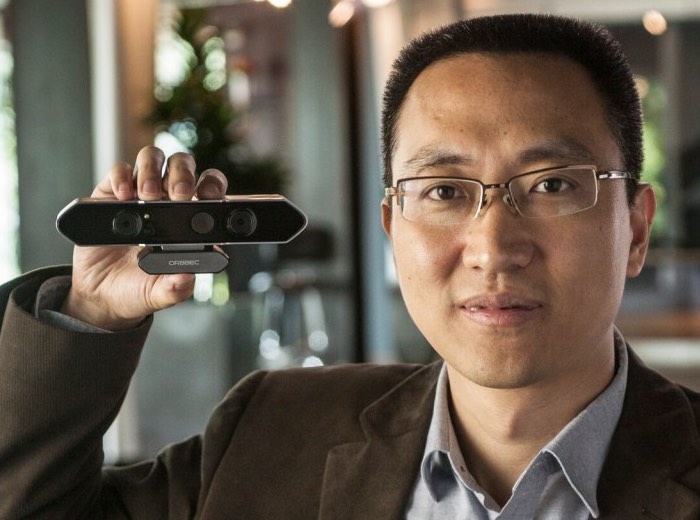 A new project has launched over on the Indiegogo crowdfunding website to create the world’s first 3D camera computer called the Orbbec Persee.

The Persee is powered by an ARM processor and fitted with the Orbbec Astra Pro 3D camera, watch the video to learn more about this very unique piece of hardware that is looking to raise $40,000 over the next 30 days. Its developers and creators explain a little more about the inspiration and features of the new 3D camera.

Orbbec has been working for the past three years to develop the best 3D cameras on the market as well as to create an entirely new category of 3D technology: a camera with a built-in, fully functioning computer. Now we’re ready to share our new device with you.

Orbbec Persee is the world’s first 3D camera-computer. It is a versatile, low-cost device that can fit in the palm of your hand. It can plug into your TV or run without a display, and you can interact with it entirely through the built-in 3D camera.

We want artists, hackers, creative coders, and pioneering developers to use Persee, give us feedback, and make 3D experiences that take intelligent computing to the next level.
We’re ready to start mass producing our devices and we’re looking for Indiegogo supporters to back our campaign to raise the funds we need to bring Persee to the world.

Jump over to the Indiegogo website for more details via the link below.