Orange UK has announced their data plans for the 3G iPad, and it looks like their iPad data plan will be based on the pay as you go system, or as Orange call it the “pay for what you use” price plan for iPad.

Orange will charge customer a flat rate of five pence per MB of usage each month, and they have also placed a price limit on the plan, which means that you will pay no more than £40 per month. 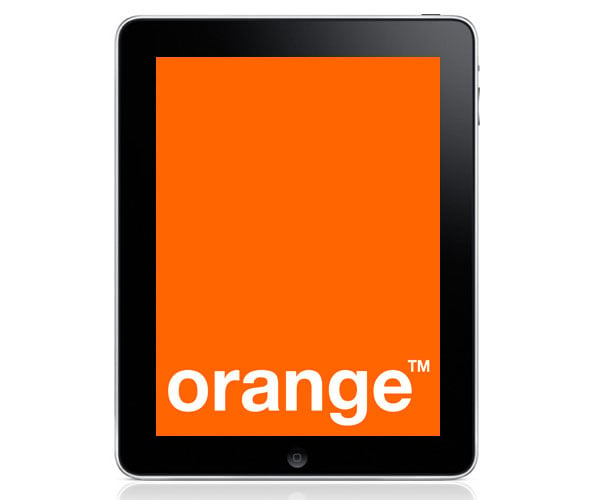 AT&T also offer an unlimited data deal for the iPad which costs $29.99 that works out at about £20 per month, which is about half the price of the maximum price Orange will charge you for data on the iPad.

Lets hope the offerings from the two other networks, Vodafone and O2 are more competitive than the Orange data plan.

Orange today announced that it is extending its partnership with Apple to offer new iPad plans for customers in the United Kingdom, France, Spain and Switzerland. The partnership between Orange and Apple, which has already seen iPhone launch with Orange in 30 countries across Europe, Middle East and Africa, will extend later in 2010 with the launch of iPad in additional Orange markets.

Orange UK will offer tailored 3G data plans for iPad Wi-Fi + 3G, from 10th May, and will launch a pre-registration site for SIM’s at Orange.co.uk/iPad. Pay-as-you-consume, daily, weekly and monthly data plans will be available, providing the freedom to choose a type of plan depending on usage.

iPad allows users to connect with their apps and content in a more intimate, intuitive and fun way than ever before. Users can browse the web, read and send email, enjoy and share photos, watch HD videos, listen to music, play games, read ebooks and much more, all using iPad’s revolutionary Multi-Touch user interface. iPad Wi-Fi + 3G models are just 0.5 inches thick and weigh just 1.6 pounds—thinner and lighter than any laptop or netbook—and deliver up to 10 hours of battery life for surfing the web on Wi-Fi, watching videos or listening to music, and up to nine hours of surfing the web using a 3G data network.*

Orange, recently recognised as the best mobile broadband provider in the UK by Independent research firm YouGov, will offer micro-SIMs for iPad free of charge to consumers. From the 10th May the micro-SIMs can be obtained from Orange shops, www.orange.co.uk/shop and Orange telesales, as well as directly from Apple. Customers will be able to register their micro-SIMs by calling Orange customer service on 07973 100 150.

Pricing
Orange has developed a simple “pay for what you use” price plan for iPad, charging for data access at a rate of 5p per MB of usage each month, costing no more than £40 per month (excluding the optional bundles). In addition consumers can also choose from four money-saving bundles below for more planned or frequent usage.