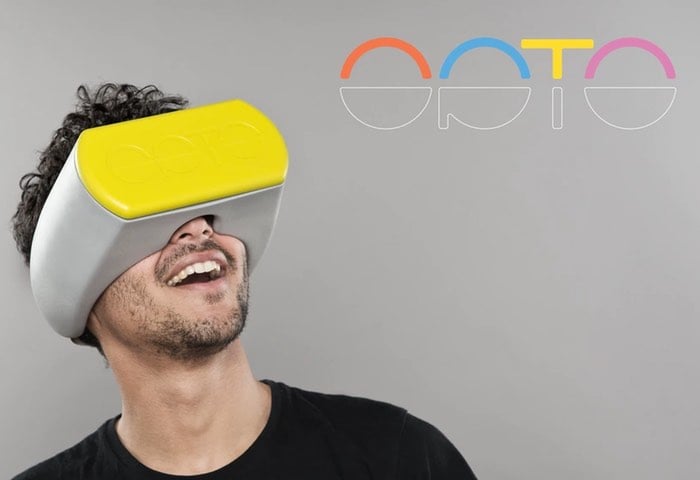 If you are looking for something more robust than Google Cardboard to use with VR applications, you may be interested in a new smartphone virtual reality headset that provides a more rugged solution and is constructed from plastic rather than cardboard.

Opto has been designed to offer an all in one solution with built-in audio to immerse yourself in virtual reality content such as games, experiences, movies and 360° photos.

Watch the video below to learn more about this new VR headset solution that allows your smartphone to power your virtual reality applications and interactions. Its creators explain a little more about its design, inspiration features :

Opto is a new kind of Virtual Reality Headset that lets you experience movies, videos, games and other content wherever you are. We are making high-quality VR accessible for anyone who owns a smartphone. With Opto, VR is finally moving from the gaming den to the living room.

VR content is growing and expanding beyond just games, with documentaries, music videos, Netflix, movies and more now available for VR. Current VR headsets are not designed with this in mind, they are bulky, heavy, have lots of wires and require you to plug in additional headphones. This is where Opto comes in, its lightweight all-in-one design lets you jump in and out of VR when you want – so sitting on the sofa to watch a movie feels natural.

Opto has taken to the Kickstarter crowdfunding website this week to raise the £40,000 it requires to make the moulds necessary to take the design into manufacture. If you think the smartphone virtuality headset is something you could benefit from jump over to Kickstarter to make a pledge today with early bird options available from just £50.