The Product design studio based in Berlin has created a very unique sound system using optical sensors rather than the tradition needle. The optical turntables were created for the premiere of Volkswagen’s new Beetle at the 2011 IAA motor show.

Rather than using vinyl disks like a traditional record player the new optical turntables uses discs with concentric geometric patterns printed on them and then placed below a glass surface to produce music. Watch the video after the jump to see it in action. 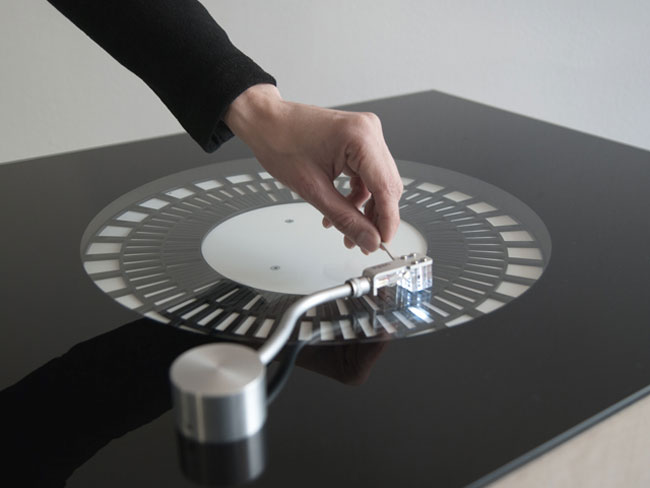 The three turntables have been designed to translate concentric visual patterns into control signals for further processing in any music software, and the rotation of the discs, each holding three tracks, can be synced to a sequencer. The Product explains:

“The Soundmachines premiered on the Volkswagen New Beetle stand at the IAA motor show in late Summer 2011. In cooperation with the sounddesigner/producer Yannick Labbé of TRICKSKI fame, we developed three unique discs, each controlling one track of an Ableton Live Set exclusively made for the Event. The show was supported by a set of realtime generated visuals, running on a 25m wide LED wall.”