Yesterday we saw some leaked photos of the new Oppo N1 camera smartphone, and now Oppo has posted a countdown for the Oppo N1 on their Facebook page.

It looks like the Oppo N1 will be officially announced on the 1st of September, they also have a date listed on the teaser of the 23rd of September, we presume this is when the handset will go on sale. 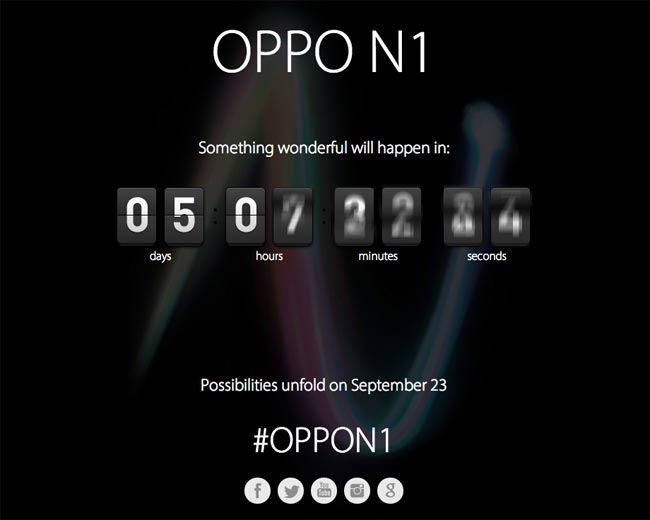 The Oppo N1 is rumored to come with a 5 inch full HD display with a resolution of 1920 x 1080 pixels, the handset will come with a Qualcomm Snapdragon 800 processor and 2GB of RAM.

Other rumored specifications on the Oppo N1 include a 12 megapixel camera, we should have full details on the handset when it is made official next week.