During this year’s CES 2014 Consumer Electronics Show in Las Vegas last week there were plenty of 3D printers available to view and with the market expanding rapidly you can expect to see a lot more 3D printers launch of the next few years.

Using similar technology to that used in a flatbed CNC machine to position the cutting head, Damian Axford has created an awesome looking laser cutter called the axCut Laser Cutter. Which as you guessed uses a laser to cut through materials such as paper and card. Watch the video after the jump to see Damian explain the construction of this laser cutter in more detail and to see it in action. 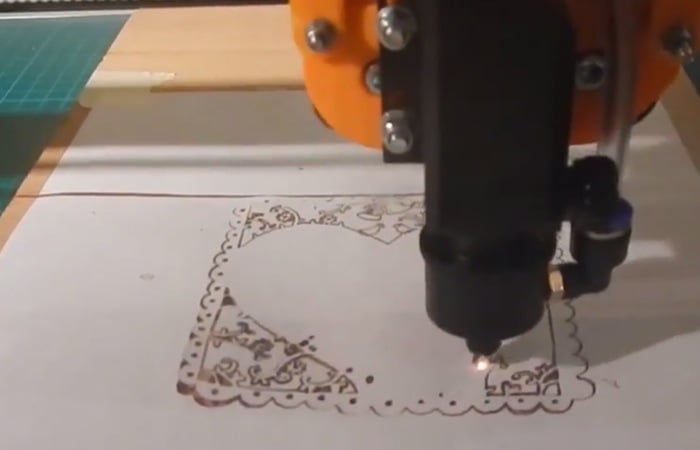 “We have cutting! and a lot of smoke – really must order the cladding and setup some extraction! This is a proper “Tomorrows World” video, it doesn’t quite go to plan, but nonetheless – there’s definite progress.”

“The cutting paths were generated from SVG via a little converter program I wrote using the paper.js library. The arduino/Marlin combo is processing the bezier curves (as demo’d in previous video), but now with the addition of laser on/off commands around each path. Air assist working nicely, except when the airline is being burnt by the laser 🙁