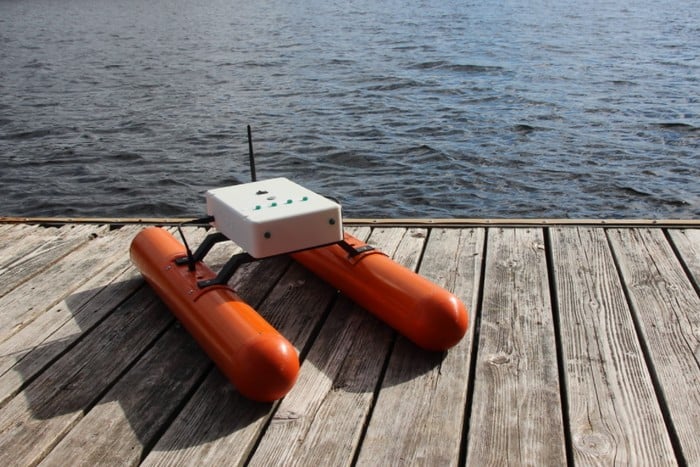 Makers, developers, engineers and hobbyists looking for inspiration for their next project may be interested in an innovative open source Arduino and Raspberry Pi powered boat aptly named the Opa. Created to explore the open sea the Opa can navigate through open water relaying its telemetry back in real-time to a client device over WiFi.

After a prototyping to test electronics Redditor “wesgood” built a version equipped with a pair of pontoons they housing for electronics and a single waterjet that is situated in the back of each pontoon that shoots out water at high velocity to provide forward motion. Similar to that of the jetskis motor. Each jet can be independently throttled eliminating the need for a rudder.

“After getting the necessary software loaded onto the Arduino and Raspberry Pi, Wes placed them inside of a watertight enclosure on the top of the boat. His mobile app could then be used to see relevant telemetry, power consumption, and the current location of the raft overlaid on a map. Additionally, the user has the option to manually pilot the boat if they so desire as well. “ 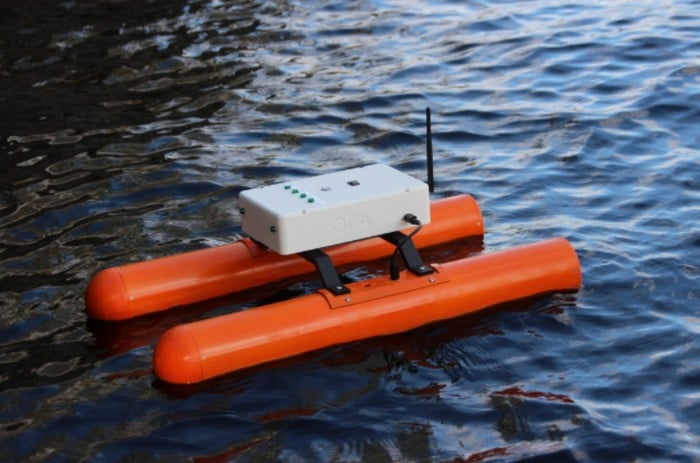 “As far as circuitry goes, the Opa houses an Arduino Mega that has a custom shield on the top for controlling the pump motors and reading data from the onboard 9-DOF IMU and battery voltage/current sensors. An auxiliary Raspberry Pi runs Ubuntu Server, and its job is to coordinate data coming from a GPS receiver and information from the Arduino Mega with a wireless client device. “ 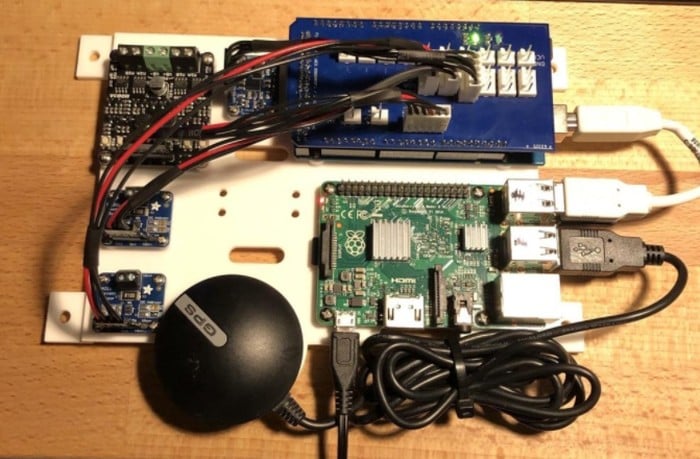