OnLive is well know for its popular cloud based gaming service, but now it would appear that the company has some plans to bring other software to the cloud, as they have just shown off a new application for the iPad that will let you run Windows apps on your iPad.

The will be available as a free download and it is called OnLive Desktop, it will give users access to full featured versions of Windows applications like Microsoft Word, Excel , PowerPoint and more. 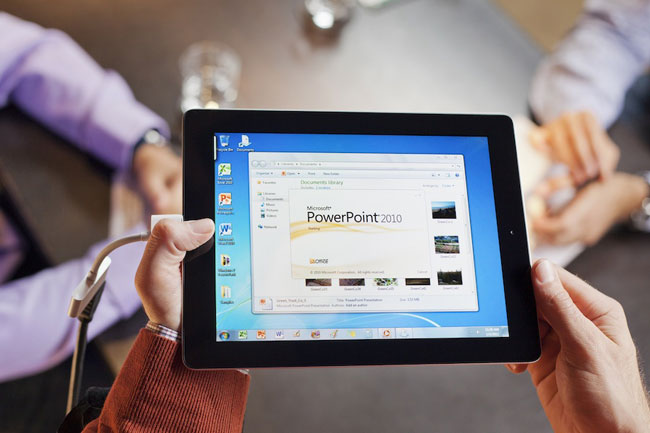 The service works in a similar way to their cloud gaming, the software is stored in the cloud and then can be accessed from the application on the iPad, and users will get 2GB of free cloud storage and the ability to use the various Windows applications.

They will also offer a paid service in the future which will be called OnLive Desktop Pro, with this you will get 50GB of storage, plus access to more Windows apps and the company plans to charge $9.99 a month for the premium service.