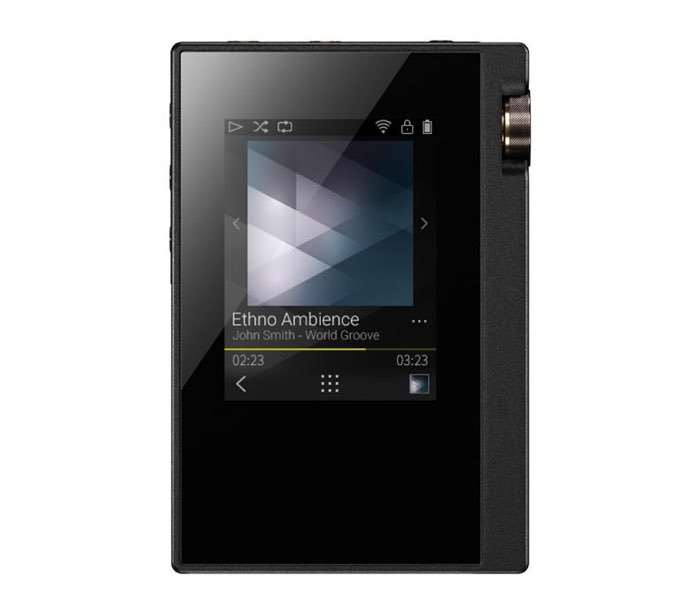 Onkyo has announced that its latest digital audio player, the Onkyo DP-S1 will go on sale in the UK from May and the player will retail for £399.99.

The Onkyo DP-S1 comes with 16GB of built in storage, although this can be expanded to 416GB thanks to two microSD card slots.

Onkyo has placed a particular focus on tailoring and enhancing sound quality for this model. To that end, selected components – including high quality film capacitors – have been employed after careful and extensive listening. The result is a DAP that conveys an uncommon level of rich musicality.

Remarkably at its price point, the DP-S1 also comes with a 2.5mm balanced headphone/line jack as well as a standard 3.5mm unbalanced output, allowing it to power a diverse range of headphone types.

As you’d expect, the DP-S1 supports an extensive range of digital audio files including MQA (to be activated via a firmware update scheduled in June). Formats that can be handled include DSD 5.6 MHz/2.8 MHz, FLAC, ALAC, WAV, AIFF (up to a maximum of 192 kHz/32-bit), AAC, and MP3. A dual digital clock arrangement (using independent 44.1kHz and 48kHz clocks) drastically reduces jitter noise.

You can find out more information about the new Onkyo DP-S1 digital audio player over at Onkyo at the link below.