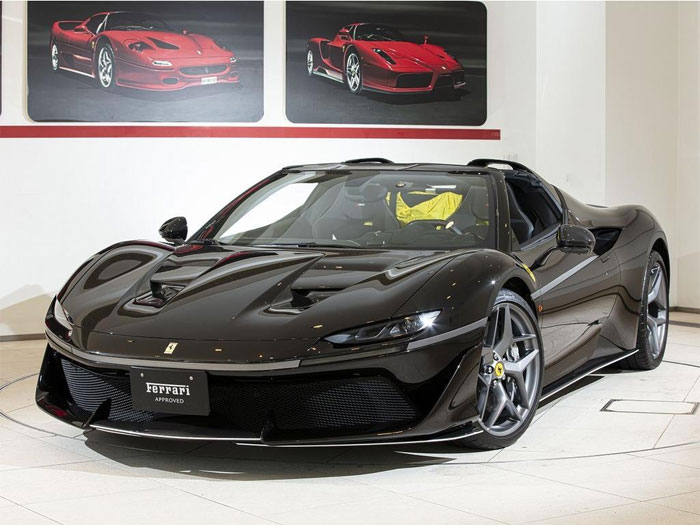 One of the rarer modern Ferrari’s is the Ferrari J50. This car was built to celebrate Ferrari’s 50th anniversary in Japan, and it’s based on the 488 Spider. However, the J50 has unique styling and more horsepower than your average 488 Spider.

The car is a 2016 model and the ten examples built were all sold before the car made its official debut. Each of the ten lucky buyers got to choose their exterior and interior colors. This particular J50 is finished in Nero Daytona and features a black interior with plenty of carbon fiber scattered around the interior and exterior.

The 3.9-liter twin-turbo V-8 produces 681 horsepower, which is a 20 horsepower bump from the 488 Spider it’s based on. The car uses the same seven-speed DCT found in the Spider. When new, the car sold for up to $3.3 million, depending on how customized it was. This particular version is for sale at the Tokyo Ferrari dealership for $3.6 million.