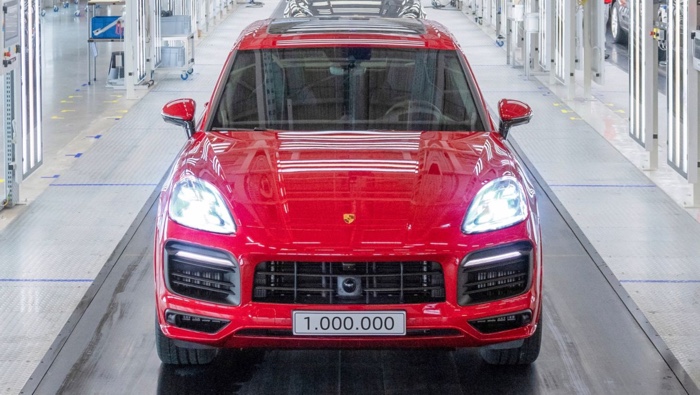 Porsche has now built one million of its Cayenne SUVs as the one millionth car recently rolled off the production line.

The one millionth vehicle rolled off the production line in Bratislava in Slovakia, the car can be seen in the photo above.

“A stool is more stable on three legs than just two.” Hans-Jürgen Wöhler quotes his predecessor and settles back for a brief journey in time. He was Vice President of the SUV product line until recently. The Porsche 911 and the Boxster models, which were already available in the 1990s, represent two legs of the stool. The Cayenne concept was conceived at the end of the decade. Porsche presented the company’s first SUV to the world public just a few years later in 2002. Eighteen years on, the one millionth Cayenne rolled off the production line in Bratislava in Slovakia: a GTS in Carmine Red that was delivered to a German customer.

You can finds out more information about the Porsche Cayenne over at Porsche at the link below, it has been a popular vehicle for the company.