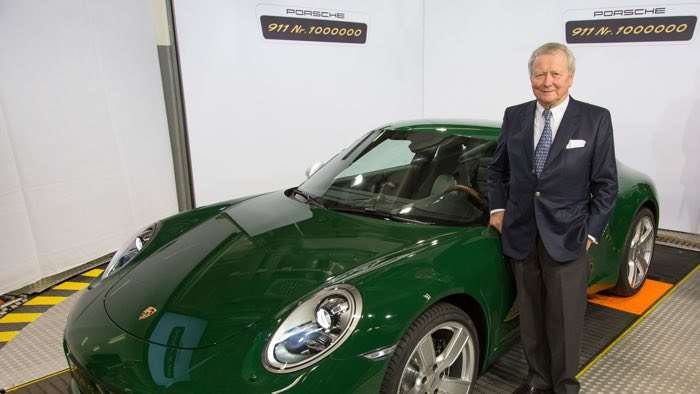 The one millionth Porsche 911 has rolled off the production line, the car in question is a 911 Carrera S with a special paint job in Irish Green.

The video below shows the one millionth Porsche 911 being made, Porsche have been making the car for the last 54 years.

In Zuffenhausen today, the one-millionth model rolled off the production line – a Carrera S in the special colour “Irish Green”, with numerous exclusive features following the original 911 from 1963. The two-door car remains the most strategically important model in the product range and makes a huge contribution to maintaining Porsche’s position as one of the most profitable car manufacturers in the world.

Dr Wolfgang Porsche, Chairman of the Supervisory Board at Porsche AG, has been a part of the development of the 911 since day one: “54 years ago, I was able to take my first trips over the Grossglockner High Alpine Road with my father. The feeling of being in a 911 is just as enjoyable now as it was then. That’s because the 911 has ensured that the core values of our brand are as visionary today as they were in the first Porsche 356/1 from 1948”.

You can find out more information about the one millionth Porsche 911 over at Porsche at the link below.