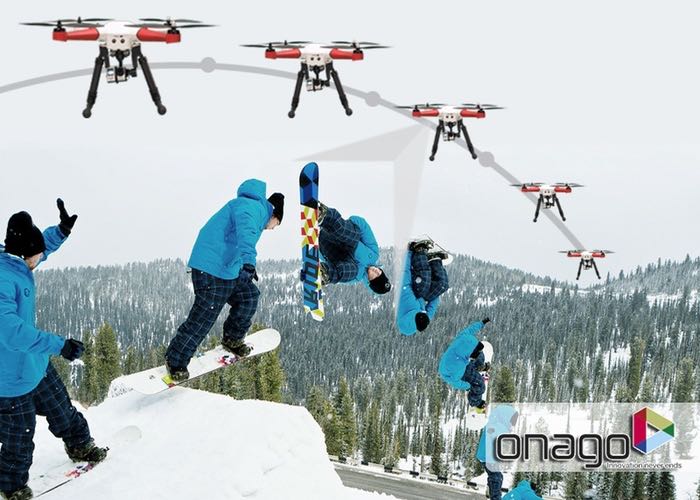 Anyone looking for a way to record their activities via a third person perspective, maybe interested in a new auto following camera drone that has been launched over on the Kickstarter crowdfunding website this week called the Onago from $499.

The Ari Onago drone has been specifically designed to provide an intelligent way to film your footage by enabling it to auto follow your movements in a smooth and controlled way, what ever you might be doing. 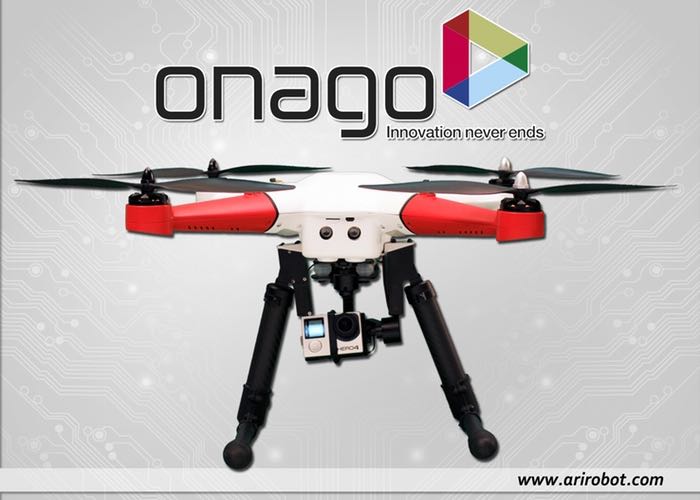 Settings and footage can be controlled via the smartphone companion application, the creators of Onago explain a little more :

“We think about making Onago drone system because we try to find a better way to film action sports, in a DIY and multi angle filming way. There are several shooting methods but none of them can do the multi angle film. Onago solves this problem and make the video gorgeous.

A vertical position shooting or oversight shooting, this is not a thing for Onago. The technology we applied in Onago changed everything. It makes every action and movement real, clear, visual and artistic. Meanwhile Onago combines action camera, flight and pilots, making filming easier and more economic.

With easy controlling system, DIY multi angles filming is not  a dream anymore. How could I control the drone, then? Traditional remote control or app based control that’s your option. Switch over? That’s OK. Remote control makes it like a game playing when you fly the drone while the app enable you to send orders to Onago directly on the E-map. ”

For more information on the new Onago camera drone jump over to the Kickstarter website for details via the link below.