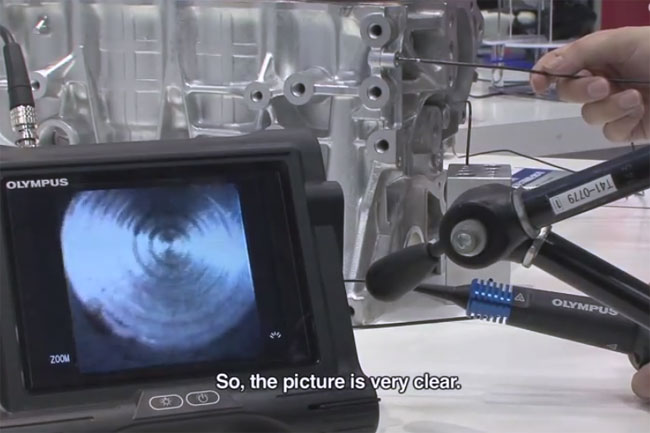 The two together produce highly detailed footage, and an end that is 200 times more resistant to frictional wear than fiberscopes, and provides over double the slip strength, when compared to existing videoscopes. Olympus explains:

“Until now, there have been fiberscopes with the same diameter, 2.4 mm. But as you can see from the picture here, we’ve improved the image quality enormously. In this fiberscope, there’s a line from each optical fiber. That’s one reason why users find it hard to see with the scope, and hard to get a good picture. Our videoscope has an image capturing device at the tip of an endoscope, and outputs the picture as an electrical signal. So, the picture is very clear.”