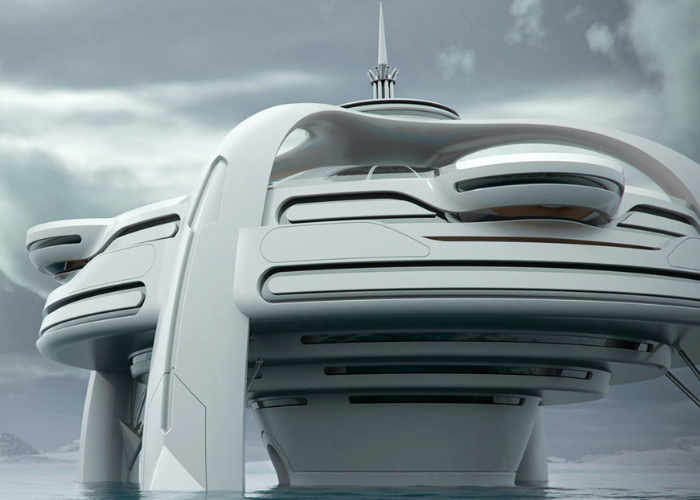 Any budding James Bond 007 villains looking for a new hideout might be interested in this awesome waterborne cross between a ship and a small island, aptly named Project Utopia.

The construction measures 100 m across and is 100 m high and is capable of housing 100 people as well as offering amenities such as swimming pools, theatre, casino and plenty of bars. Together with private docking stations for speed boats and other smaller vessels. 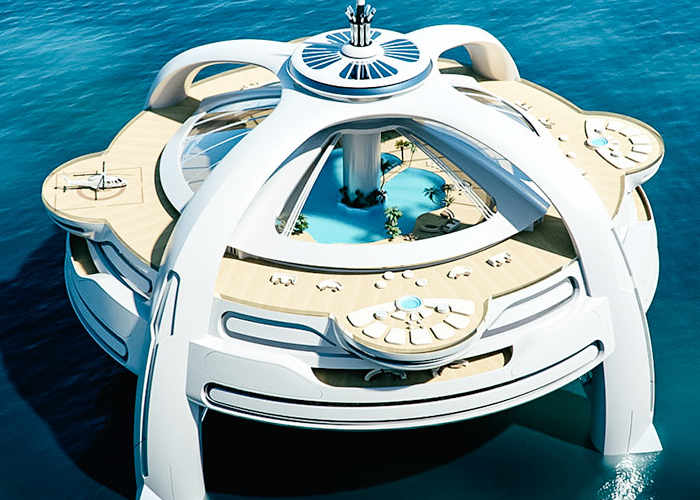 Visions of the future are often constrained by familiarity with the present or reflection on the past. Project Utopia, a collaboration between Yacht Island Design and BMT Nigel Gee, is an avant-garde vision of a future concept free from such restricted thought.

Before trying to understand the design one has to examine why the greater majority of yachts have evolved to the traditional form that has derived from millennia of engineering and naval architecture. Once the mind is free from these constraints the possible forms that a concept might take are wide ranging.

Jump over to the Yacht Island Design website via the link below for more details. 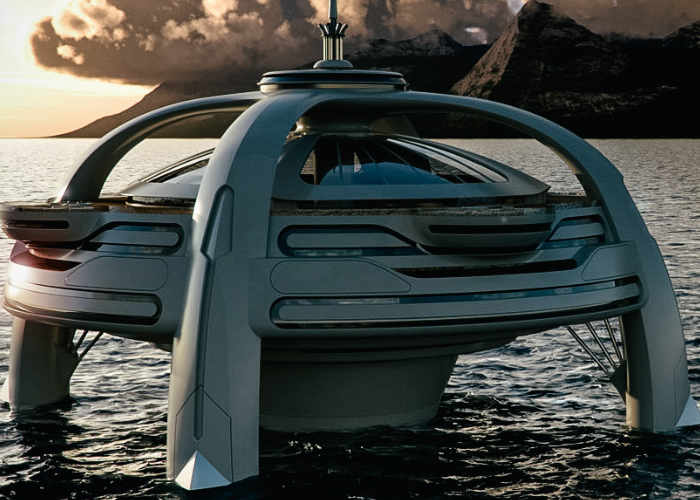