A new smartphone pouch called the OFF Pocket has been designed to keep your smartphone safe and untrackable, unhackable and undistractable.

The OFF Pocket has been created to provide high performance shielding from cellular signals, WiFi, and GPS and works with any phone, any carrier, and in any country. Watch the video after the jump to learn more about the OFF Pocket project and see it in action. 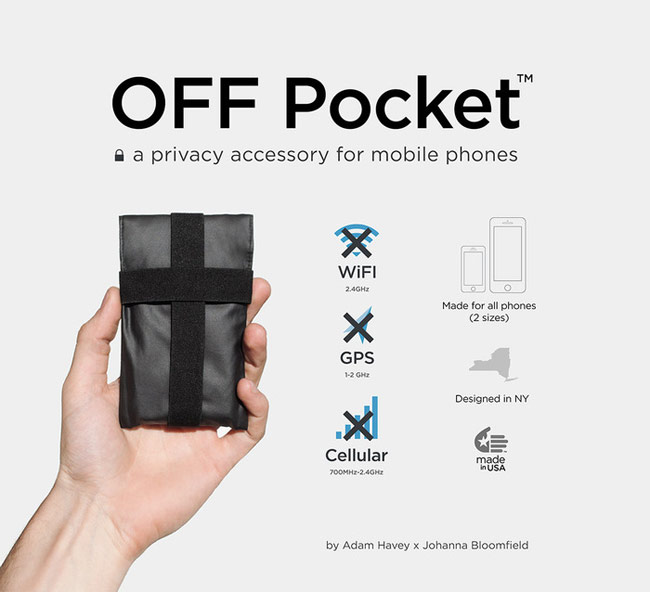 “The OFF Pocket has been tested on all major networks, including Verizon, AT&T, T-Mobile, and Sprint. It is compatible with mobile phone hardware including iPhones, Samsung, Motorola, Sony, BlackBerrys, Nokia and all other modern phone hardware and operating systems.”