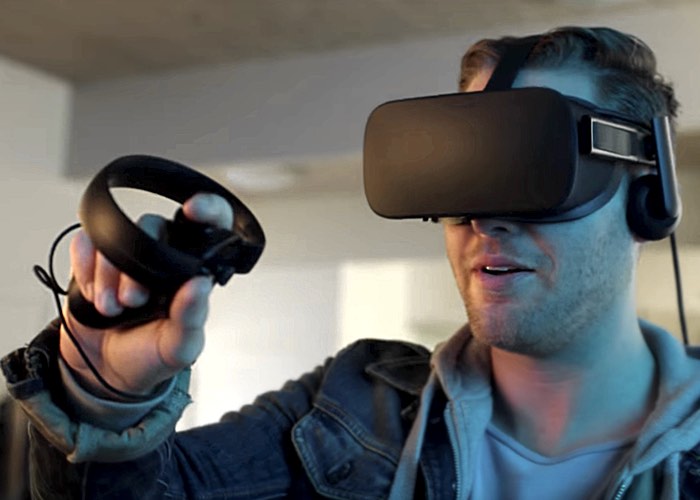 Facebook owned Oculus Rift has today released a new trailer for its upcoming Oculus Touch controllers which will be launching very soon and shipping out to those that are already lucky enough to own an Oculus Rift virtual reality headset.

The Oculus Touch will launch with more than 30 full, made-for-VR games later this year, including 20 brand-new titles which have been specifically designed to provide an immersive experience and provide support for hand presence whilst using the Touch controllers.

Oculus explains more about the games that will be available at launch :

Launch titles include Oculus Studios games like Insomniac’s Unspoken, Dead & Buried, Rock Band VR from Harmonix, VR Sports Challenge by Sanzaru, Crytek’s The Climb (now Touch enabled), as well as independent games like Serious Sam VR: The Last Hope by Croteam, Pro Fishing Challenge VR by Opus, I Expect You to Die by Schell Games, Luna by Funomena, Giant Cop by Other Ocean, Job Simulator by Owlchemy Labs, and Fantastic Contraption by Northway Games. Oculus Medium will also ship with Touch, which brings the tactile satisfaction of sculpting into the world of VR.

Cast spells and unleash magic from your fingertips. Open doors, pick locks, and pull triggers like you’re really there. Give your friend a “thumbs up” in VR. This is the power of hand presence with Touch.