What do you get on a planet with an unusually high carbon-to-oxygen ratio and searing temperatures? Diamonds. Giant chunks of the glittering stuff scattered across an infernal landscape that will soon vanish once it’s consumed by its star. 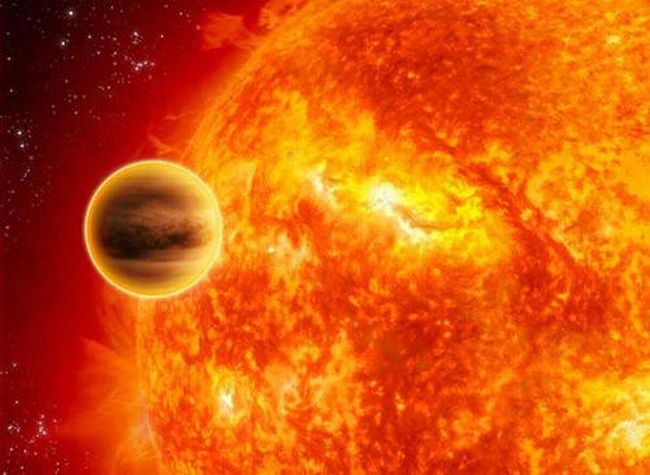 Unfortunately, there’s little photographic evidence to back this claim since the planet named Wasp-12b is 1,200 lightyears away and was only discovered in 2008 by NASA’s Spitzer Space Telescope. To further dampen the exciting news, for all we know Wasp-12b has met oblivion by now.

This hasn’t dimmed the story’s effect on journalists and bloggers though, as news of the diamond planet has inspired much wondrous imaginings about untold riches. In the far off sci-fi world we would all like to live in, where warp drives and spaceships are as common as cars, people would be rushing to Wasp-12bin the name of Lady Fortune. Of course, unless they did their homework, it would be wise to bring heat resistant gear since Wasp-12b’s gaseous makeup burns at around 2000 degrees Celcius.

Despite the sobering fact that trips to diamond strewn worlds are a long way off, astrophysicist Nikku Madhusudhan (who just published his research on the phenomenon) believes Wasp-12b adds valuable insight into the makeup of carbon rich worlds, thereby enriching the store of available knowledge that would someday lead to discovering an Earth-like world out there. Someday.