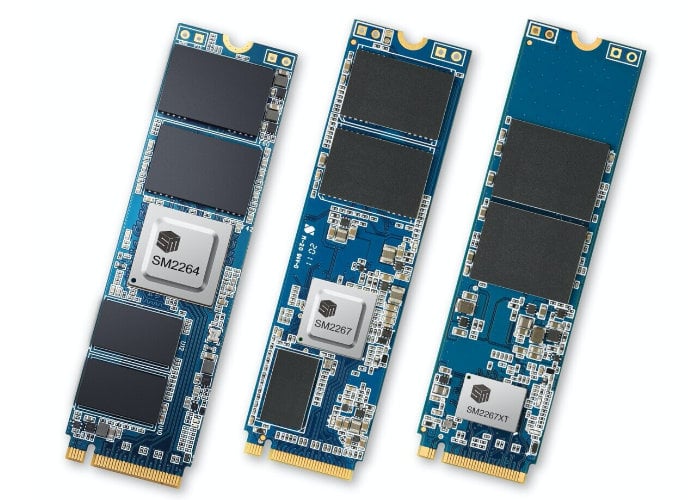 “The high-end SM2264 controller is the successor to Silicon Motion’s SM2262(EN) controllers, and the SM2264 brings the most significant changes that add up to a doubling of performance. The SM2264 still uses 8 NAND channels, but now supporting double the speed: up to 1600MT/s. The controller includes four ARM Cortex R8 cores, compared to two cores on SMI’s previous client/consumer NVMe controllers. “

“As with most SSD controllers aiming for the high end PCIe 4.0 product segment, the SM2264 is fabbed on a smaller node: TSMC’s 12nm FinFET process, which allows for substantially better power efficiency than the 28nm planar process used by the preceding generation of SSD controllers. The SM2264 also includes support for some enterprise-oriented features like SR-IOV virtualization, though we probably won’t see that enabled on consumer SSD products. The SM2264 also includes the latest generation of Silicon Motion’s NANDXtend ECC system, which switches from a 2kb to 4kB codeword size for the LDPC error correction.”

For more information on the PCIe 4.0 NVMe SSD Controllers follow the links below.