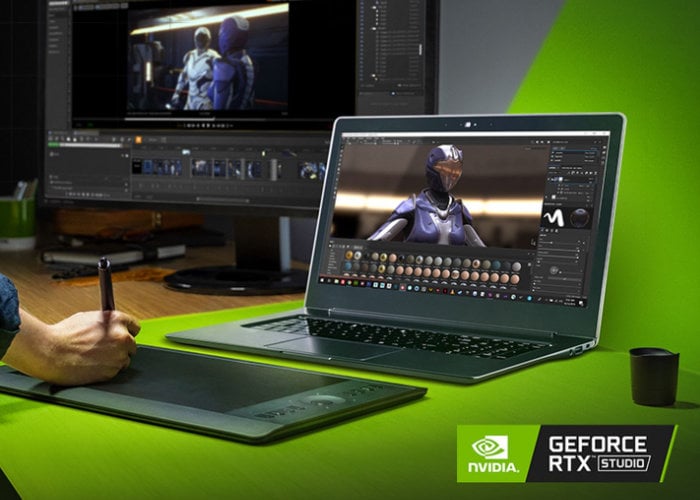 At Computex 2019 this week NVIDIA has introduced its new range of RTX Studio laptops specifically engineered for creators and to expand the company’s Nvidia Studio platform. Nvidia Studio is a collection of APIs, SDKs, and drivers Created for Nvidia RTX GPUs designed to boost performance and efficiency when using creative software. 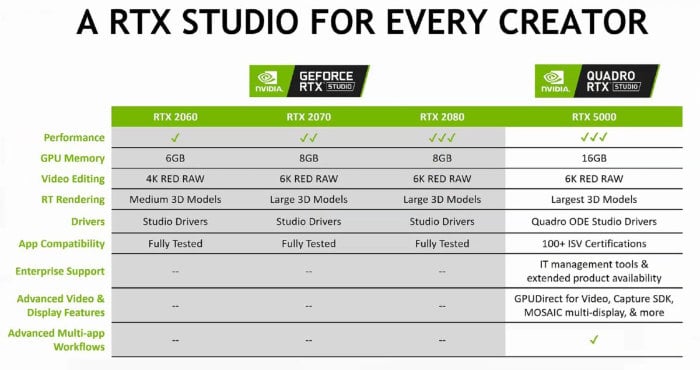 Seven PC manufacturers will be announcing 17 RTX Studio-branded laptops between them at Computex this week, including Acer, Asus, Dell, Gigabyte, HP, MSI, and Razer. The laptops will have options for RTX 2080, 2070, and 2060 GPUs as well as Quadro 5000, 4000, and 3000 models from Nvidia’s workstation range. The Acer ConceptD 7 and the Razer Blade laptops will be equipped with a Quadro RTX 5000 GPU paired with a 4K display.

“NVIDIA claims that RTX Studio laptops running Studio Drivers deliver a major performance advantage over high-end laptops in ray tracing and AI-centric tasks, such as Apple’s Radeon Vega-equipped MacBook Pro. That’s no surprise, given the steep minimum requirements and dedicated hardware for those tasks, though those sorts of tasks are typically reserved for professionals only. But Nvidia also says that RTX Studio laptops can render video significantly faster than the competition, too.” explains the PC World website. For more information on the new RTX Studio laptops jump over to the official NVIDIA website.