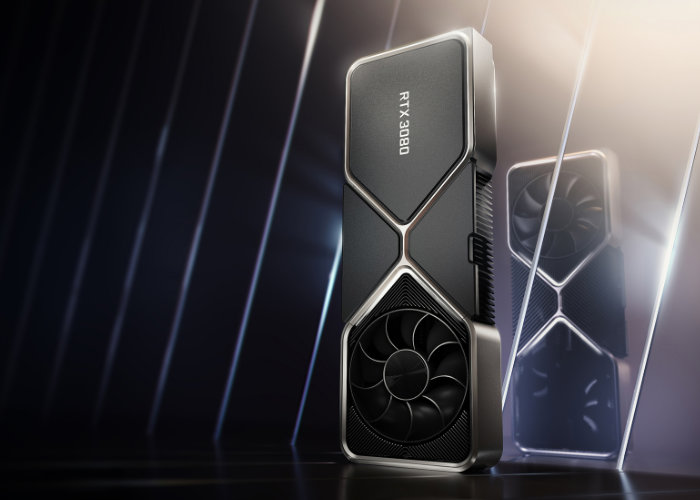 The new GeForce RTX 30 Series GPUs bring several world firsts offering up to 24GB of GDDR6X VRAM together with support for HDMI 2.1, for 4K high refresh rate and 8K gaming. As well as being the first discrete GPUs with support for the AV1 codec, enabling you to watch high-resolution streams using significantly less bandwidth. If you are interested in learning more about the newly launched NVIDIA GeForce RTX 30 Series second-generation RTX graphics cards check out the official unveiling by NVIDIA in the video below.

“Announcing the all-new GeForce RTX 30 Series graphics cards, NVIDIA’s 2nd gen of RTX and greatest-ever generational leap. Powered by the NVIDIA Ampere Architecture, they deliver up to 2X performance over the previous generation for real-time ray tracing and AI.