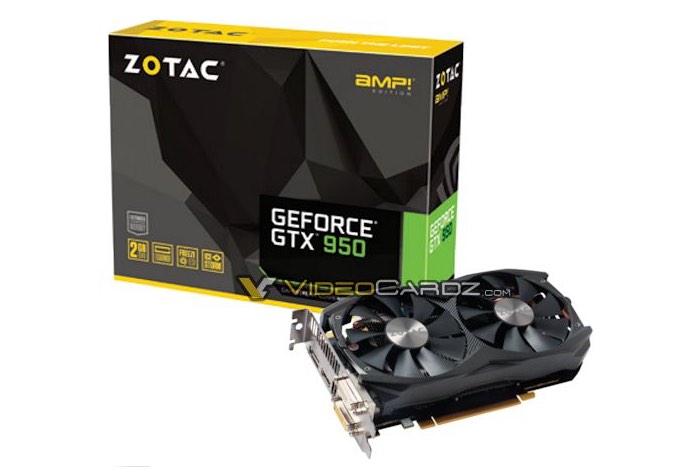 As a replacement to the GeForce GTX 750 Ti Nvidia is planning to release its new GeForce GTX 950 graphics card later this week on August 20th.

Expected to provide owners with a base clock of 1089MHz that can be boosted to 1266MHz thanks to the included 768 CUDA cores supported by 2GB of GDDR5 video memory on a 128-bit interface.

The new GeForce GTX 950 graphics card is powered through single 6-pin power connector and thermal design power is 90W. The Video Cardz website has provided a handy comparison tablet to see the main differences of the cards in question. 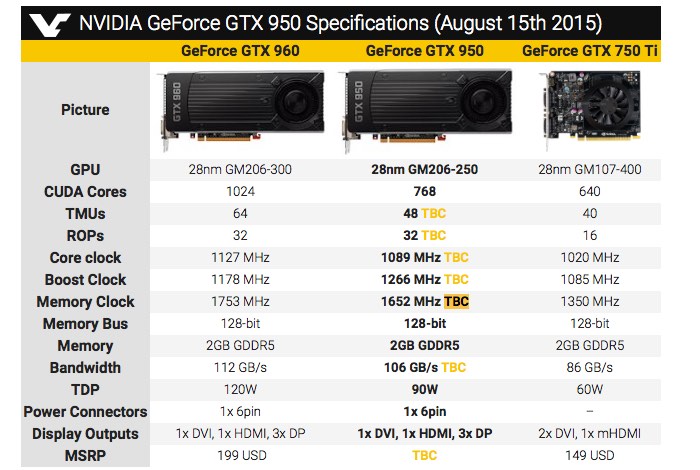 Unfortunately no information on pricing has been released or leaked as yet, but as soon as information comes to light we will keep you updated as always.