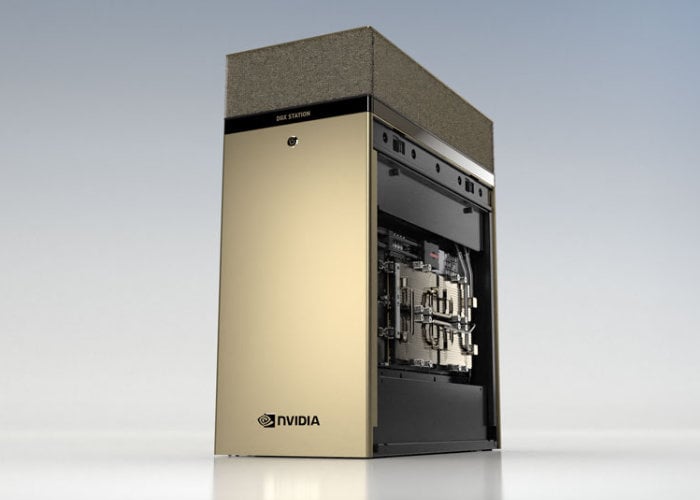 Building on its previous DGX A100 workstation PC launched earlier this year sporting four 40GB A100 graphics cards, combining to offer a massive 320 GB of graphic processing power. NVIDIA has this week introduced the next version of its powerful PC now equipped with four 80GB graphics cards. The DGX Station A100 offers 640GB of graphical processing power, or 2.5 petaflops of AI performance. An upgrade option is available for customers of the previous version who have already purchased the DGX A100 with four 40GB A100 cards.

“DGX Station A100 brings AI out of the data center with a server-class system that can plug in anywhere,” said Charlie Boyle, vice president and general manager of DGX systems at NVIDIA. “Teams of data science and AI researchers can accelerate their work using the same software stack as NVIDIA DGX A100 systems, enabling them to easily scale from development to deployment.”