Japan’s NTT DoCoMo will be getting a different version of the new Samsung Galaxy S III than the one that is being released in the US and Europe, the handset will come with a Snapdragon S4 processor and will get 2GB of RAM instead of 1GB of RAM.

The NTT DoCoMo Galaxy S III will also come with 32GB of built in storage as standard plus the 2GB of RAM, and will come with the model number SC-06D. 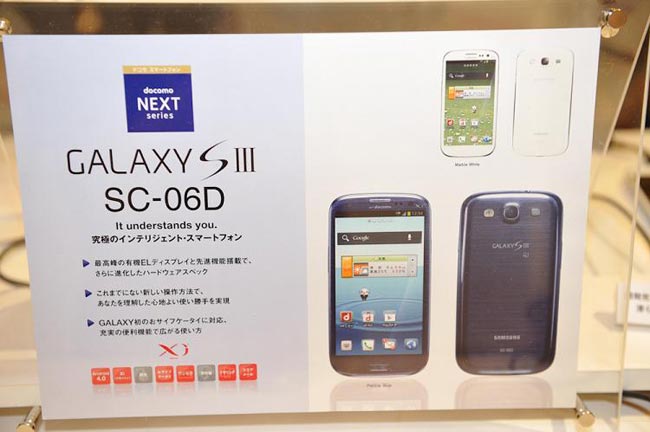