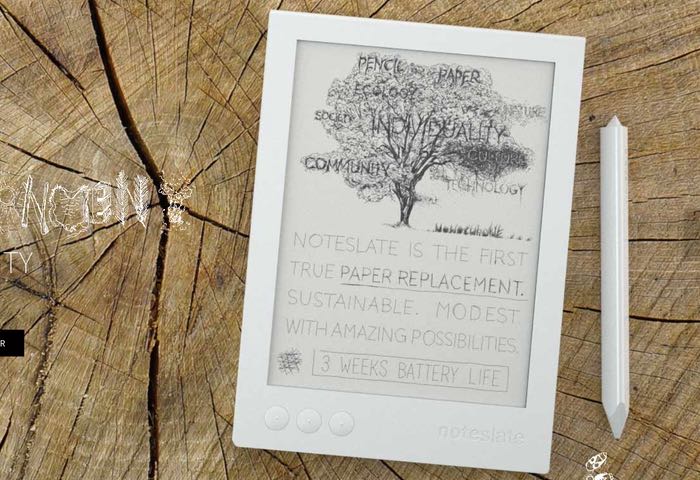 Noteslate have this week announced they will finally be launching their ePaper writing tablet later this year as the Noteslate SHIRO, and have now opened up pre-order starting from $199.

The Noteslate SHIRO ePaper writing tablet is equipped with a 6.8 inch E Ink Pearl display offering a resolution of 1080 x 1440 pixels, and provides 16 shades of grey together with a handy backlight for low light working conditions. 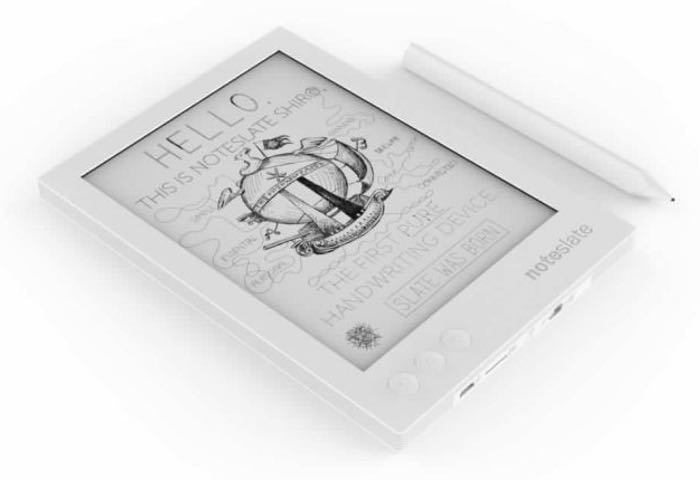 The tablet has been designed dot provide users with a more intuitive handwriting interface that say an Android or Apple tablet and provides a digital replacement for pencil and paper says its creators. The SHIRO ePaper writing tablet comes supplied with a pressure-sensitive pen allowing user to accurately sketch and take notes on the device, but will also accept input from fingers to navigate menus and make notes. Watch the promotional video below to learn more about this new ePaper tablet.

The Noteslate ePaper tablet is powered by a 1GHz Freescale processor and is equipped with a microSD card slot as well as connectivity provided by Bluetooth and WiFi, all running the custom Noteslate operating system.

“Pencil and Paper.Handwriting. Drawing. Doodling. Thinking. The basic tool for creation, communication and education. Pencil and Paper as an essential part of our culture, as of any culture before. A part of our daily life and work.

Noteslate is bringing pencil and paper back, in the same but different way, with technology and improvements, social aspects, sharing and networking possibilities. A true interactive paper of the future. Much better than ever before and a bit different than ever before. “

For more information on the new Noteslate SHIRO ePaper writing tablet jump over to the official Noteslate website for details via the link below and the ability to pre-order for $199.