Today Nokia has announced a new technology that will be arriving on all Nokia’s Windows Phone devices, called Nokia Xpress, which has this week launched in its beta development stage.

The new Nokia Xpress has been designed to provide Nokia Windows Phone smartphone users with a compression system that automatically compresses their data by 90 percent. providing them with savings on bandwidth and battery charge. 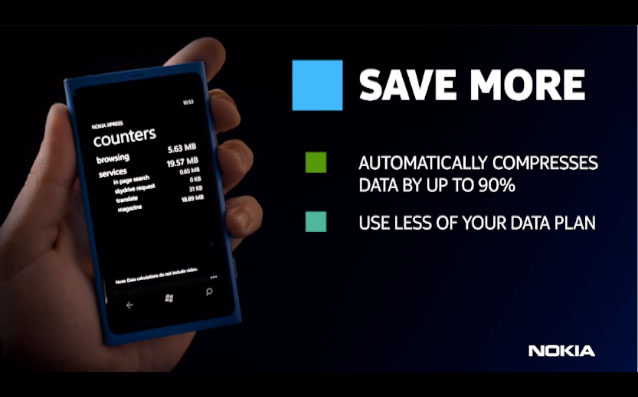 Nokia Xpress is not a browser in the traditional sense as you might expect, but allows you to search the web whilst keeping data usage to a minimum. Nokia Xpress also includes a magazine-style RSS reader, and the ability to translate pages into a number of languages.

Watch the video below to learn more about the Nokia Xpress project and see it in action. Nokia Xpress in currently available in the Windows Phone Marketplace now if you fancy putting it through its paces.