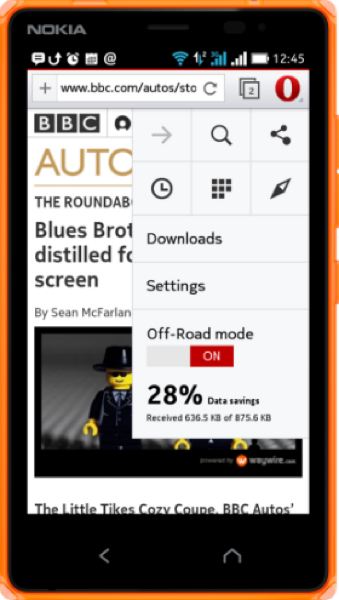 Earlier today Microsoft took the wraps off their new Android smartphone, the Nokia X2, and now Opera Software has announced that their Opera Browser is the default web browser on the handset.

The browser is also available for other Nokia X devices, and the press release suggests that it will be the default browser on all of the Nokia X smartphones in the future.

“Our companies have enjoyed a long history together, and this represents a huge step forward for both of the companies,” says Lars Boilesen, CEO, Opera Software. “We have worked closely with the Microsoft Devices Group on this project, to make sure the users of Nokia X affordable smartphones can have the best web browsing experience right out of the box.”

The new Nokia X2 is the first Android smartphone to launch under Microsoft’s ownership, the handset was released by the Microsoft Devices Group, which was the previous smartphone division at Nokia.

Other specifications on this new Android smartphone from Nokia include a microSD card slot with support for 32GB card, it also comes with a 5 megapixel camera which has auto-focus and an LED flash, the device runs Nokia X software which is based on Android.