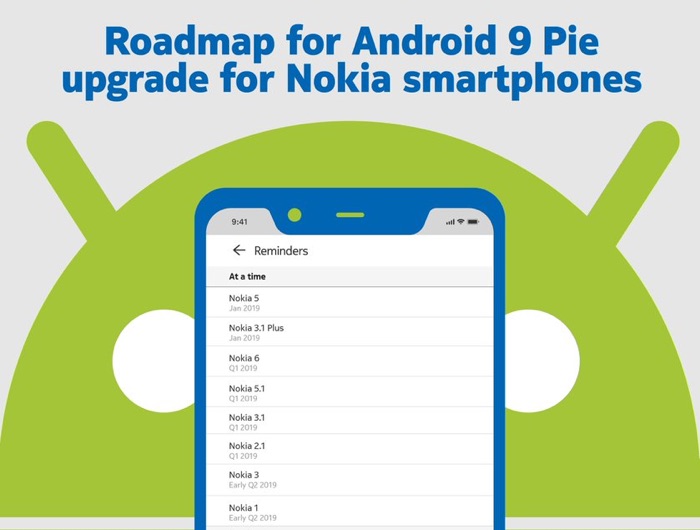 HMD Global has reveled the release dates of Android Pie for their Nokia smartphones, the news was posted on Twitter by Juho Sarvikas.

HMD posted a new roadmap on twitter which showed when the remaining devices would get Android Pie, some handsets have already received the updates.

From the listing we can see that the Nokia 5 and Nokia 3.1 Plus will get Android Pie this month, the Nokia 6, Nokia 5.1, Nokia 3.1 and Nokia 2.1 will get the update in quarter one.

In quarter two the Nokia 3 and Nokia 1 will received the Android Pie update, you can see more details in the tweet below.

Revealing our Android Pie update roadmap! We were the fastest in deploying Android Oreo 🍪 8.0 and 8.1 portfolio wide, with Android Pie 🥧 we are committed to be even faster. You can also take a peek into the kitchen here: https://t.co/NlWbss4q3P #nokiamobile #android #androidone pic.twitter.com/lrJADwJOxO