We have heard a few leaked details of the new Nokia N8 smartphone, although we haven’t had an official announcement from Nokia as yet. Russian mobile phone site Mobile Review has managed to get their hands on the new Nokia N8.

It looks like the Nokia N8 features a 12 megapixel camera, which according to the review does a good job of taking still photos, although video isn’t that good. It is capable of recording HD video in 720p. 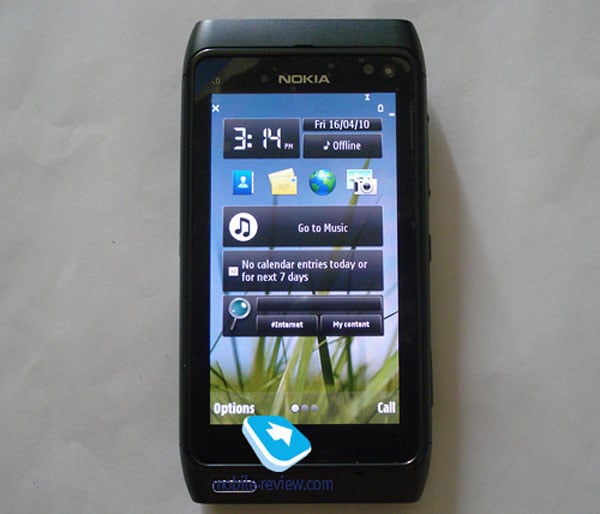 Other features include HDMI out, and it runs the Symbian 3 OS which seems to have had more of a cosmetic upgrade rather than a full upgrade, and they didn’t seem that impressed with the OS.

So it looks like the new Nokia N8 isn’t going to be the smartphone that many people expected Nokia to produce, just another run of the mill effort from Nokia which can’t compete with Google Android OS phones or the Apple iPhone.

You can read the translated review over at Mobile Review.