Nokia has been busy lately filing a new patent for a device with a bendy screen, which could suggest that their Morph mobile phone concept that was released a few years ago maybe closer to reality than we think.

The patent application named “User interface, device and method for a physically flexible device” covers designs that allow the phone to be bent into different shapes. 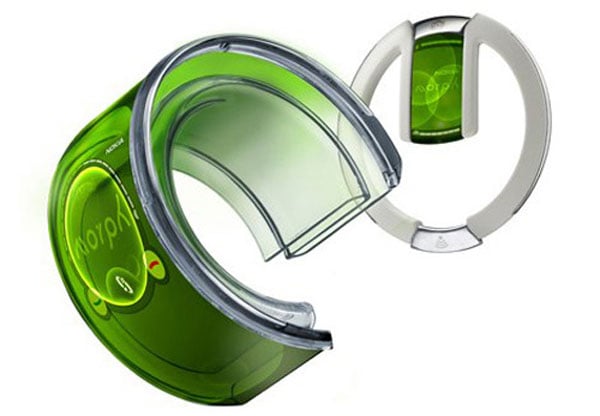 “FIG. 10a shows a device having been bent to resemble a can, possibly used to hold beer or soda. A search will thus be performed for a bar or a pub either a specific franchise or any bar or pub in the neighborhood.

FIG. 10b shows a device having been bent to resemble a bowl. A search will thus be performed for a restaurant either a specific franchise or any restaurant in the neighborhood.

Via Gizmodo Via Slash Gear Via Go Rumors