Nokia’s new Lumia 900 is due to launch on AT&T in the US this weekend on the 8th of April, and the guys over at TechRepublic decided to take their screwdrivers to the Lumia 900 to see what was inside.

You can see what they found inside the Nokia Lumia 900 in the photos below, and there weren’t really any surprises inside the device expect that the majority of the components seem to be cheaper ones, which would explain the devices low price point. 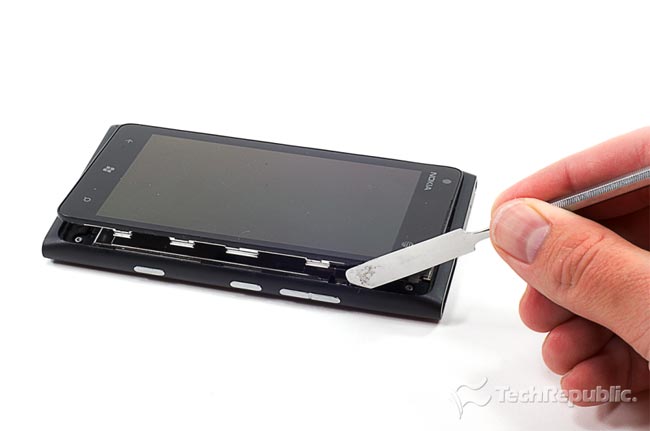 The Nokia Lumia a single core 1.4GHz processor, plus a 4.3 inch AMOLED ClearBlack touchscreen display with a resolution of 800 x 480 pixels.

Other specifications on the handset include a front facing 1 megapixel camera, a rear facing 8 megapixel camera with a Carl Zeiss lens, 16GB of built in storage, WiFi and 4G LTE.

You can see lots more photos of the Nokia Lumia 900 teardown as well as a video over at TechRepublic.