We have already seen a couple of leaked photos of the new Nokia Lumia 822, which is Verizon’s version of the Nokia Lumia 820, and now we have another photo of the handset courtesy of @evleaks.

The photo came along with details that the Nokia Lumia 822 will be available in three different colors, which as you can see from the photo below, include black, white and grey. 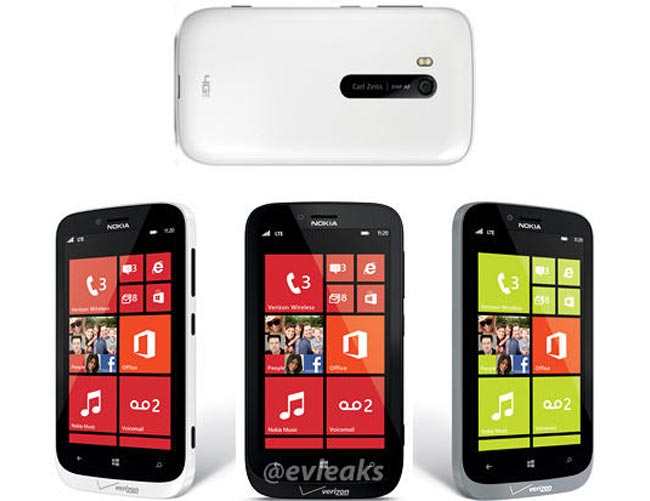 The Nokia Lumia 822 will come with Windows Phone 8 and it features 4G LTE, plus a WVGA display and an 8 megapixel camera and will also features 16GB of built in storage and a microSD card slot.