Nokia has unveiled its latest Windows Phone smartphone, the Nokia Lumia 720 features a 4.3 inch CleakBlack display with a resolution of 800 x 480 pixels, and processing is in the form of a dual core 1GHz Qualcomm Snapdragon processor.

The Nokia Lumia 720 comes with dual cameras, up front we have a 1.3 megapixel camera for video chat, on the back we have a 6.7 megapixel BSI camera with a Carl Zeiss lens, auto-focus and an LED flash, the rear camera is capable of 720p HD video at 30 frames per second. 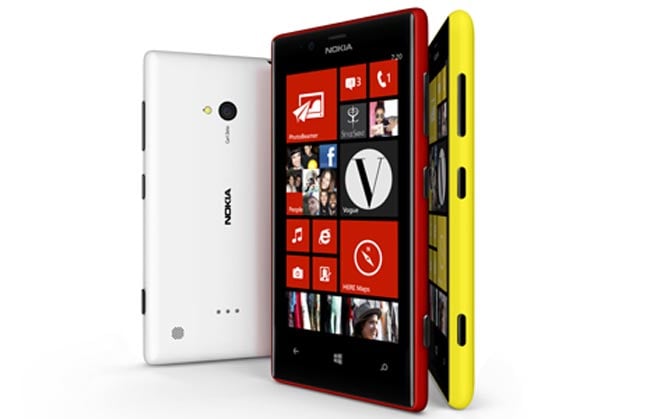 Other specifications on the Nokia Lumia 720 include 8GB of built in storage and a microSD card slot, the handset also come with 512MB of RAM, NFC, A-GPS, Bluetooth 3.0 and a 2,000 mAh battery that will give up to 13.5 hours of talk time.

The Nokia Lumia 720 announcement today marks a welcome new addition to the Nokia Lumia family of smartphones. It is also a milestone in Nokia’s strategy to bring innovative technologies usually found in flagship devices to a wider audience.

This sleek and stylish Windows Phone 8 smartphone is sure to appeal to a young and design-savvy crowd with busy social lives.

Nokia have said that the new Lumia 720 will retail for 249 Euros before taxes and the handset will launch in March in a range of colors which include red, cyan, white, black and yellow.