Yesterday we saw a number of photos of the purported Nokia Lumia 1520, a 6-inch phablet running Windows Phone 8 GDR3 with top of the line specifications. We also heard last week that the device will be known as “Beastie” at AT&T, thanks to the infamous @evleaks. Now, another rumor said that the device will indeed be called “Beastie” at AT&T, and posted a leaked image of Lumia 1520 with a sticker showing its codename. 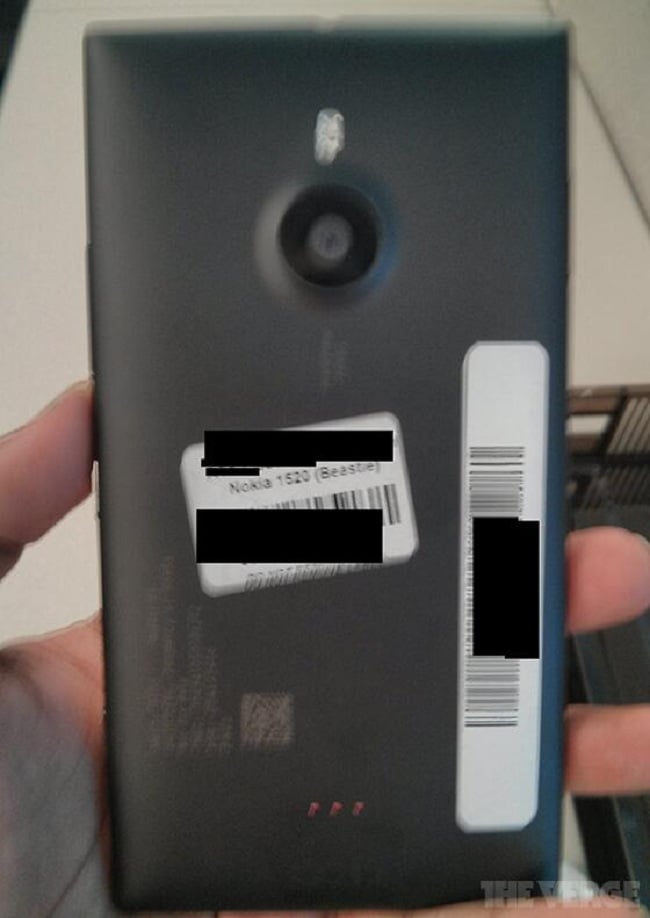 Tom Warren of The Verge has posted a tweet of the purported Nokia 1520 for AT&T with a codename “Beastie”. The device is expected to feature a 6-inch Full HD display 1080p resolution, quad-core chipset and a possible 16MP camera with PureView technology (as seen earlier) and possibly optical image stabilization as well. The device posted seems to have subtle differences when compared with the international version of Nokia Lumia 1520

With so many leaks popping up on the internet at such short intervals, it seems as the launch of the device is imminent. Rumors suggest that Nokia will schedule an event by the end of this month where the Finnish maker is expected to announce the much-anticipated Nokia Lumia 1520.

Can Nokia Lumia 1520 help the Finns compete against the flagship devices from other vendors?