Yesterday we had confirmation that the Nokia EOS would be called the Nokia Lumia 1020, and now we have what appears to be some press shots of the handset leaked a couple of days before it is unveiled.

The Nokia Lumia 1020 is a Windows Phone 8 smartphone, the handsets main feature will be its camera and it will feature a 41 megapixel Nokia PureView camera with a Carl Zeiss lens, like the Nokia 808 PureView. 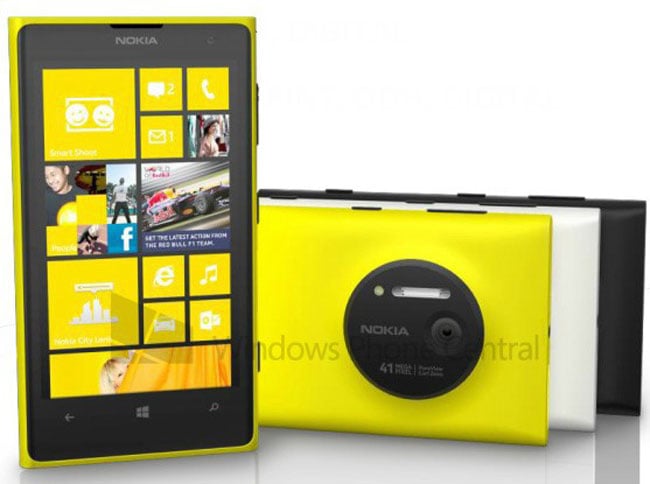 As you can see from the photo, the Nokia 1020 features a similar design to Nokia’s existing Lumia range, we can see that the device will be available in at least three colors, white, black and yellow.

As yet we do not know much about the internal hardware on the new Nokia Lumia 1020, apart from the 41 megapixel camera it will also come with a Xenon flash.

The Nokia Lumia 1020 will be made official at a Nokia press event this Thursday the 11th of July, as soon as we get some more details about the devie we will let you guys know.