Nokia are holding a press event this week where they will unveil their new 41 megapixel Windows Phone 8 handset, the Nokia EOS or Nokia Lumia 1020.

A new photo has been leaked which shows the battery case for the Nokia EOS, the photo below was posted on Russian site Izvestia, as you can see from the photo there is a large hold in the back of the case for the handsets camera lens. 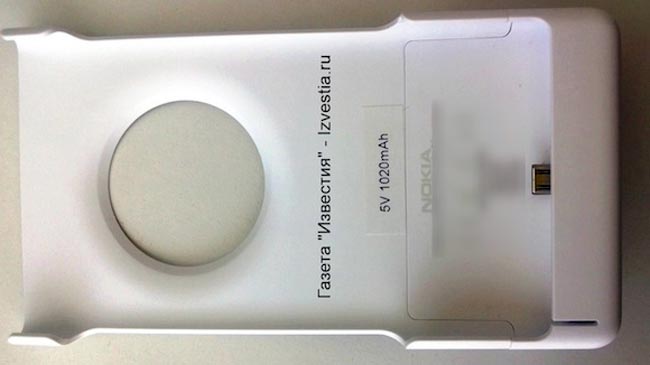 The Nokia EOS or Nokia 1020 will come with Microsoft’s Windows Phone 8 and will feature Nokia’s PureView camera technology with a 41 megapixel sensor.

We should have full details on the Nokia EOS later this week, including some decent photos of the device, as soon as we get some more information we will let you guys know.