Nokia has just launched a great little gadget that can convert any Nokia Symbian^3 handset into a digital radio receiver.

The Nokia DAB radio headset has been released for Nokia phones including the Nokia C7, E7 and N8. 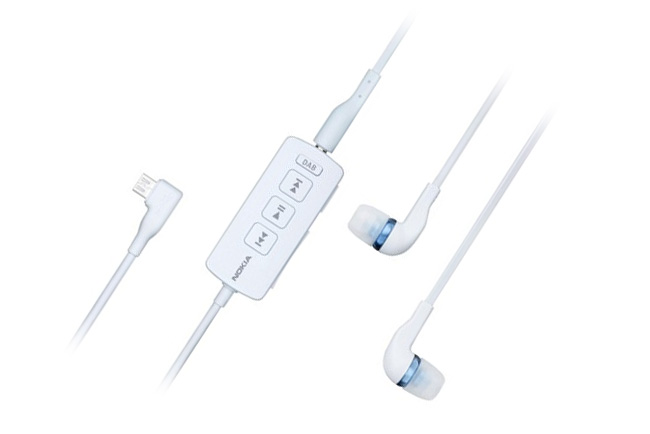 The headset plug into your smartphones micro-USB port and then listens for DAB and DAB+ in (European countries only at the moment). The DAB radio can also be used with our own headphones if they are fitted with a 3.5mm jack.

Used in conjunction with the radio app on your phone the radio can save stations, shows artist and track information together with pictures if provided by the broadcaster.

Its also equipped with Smart Tuning, that automatically scan and tunes into the clearest reception in cases where your chosen station exists on alternative frequencies.

Other features of the device include call-handling, channel and volume controls and it only weighs 30.5g and measures 55 x 23 x 14.5mm.