The last thing we heard about the Nokia X7 smartphone is that it would be available with AT&T in the US and that it would go on sale sometime this month.

Now it seems that AT&T and Nokia have decided to cancel the Nokia X7, although Nokia has declined to comment on this, you would think that if a smartphone launch was going ahead they would want people to know about it and would confirm it, so that gives us the impression that it has indeed been cancelled. 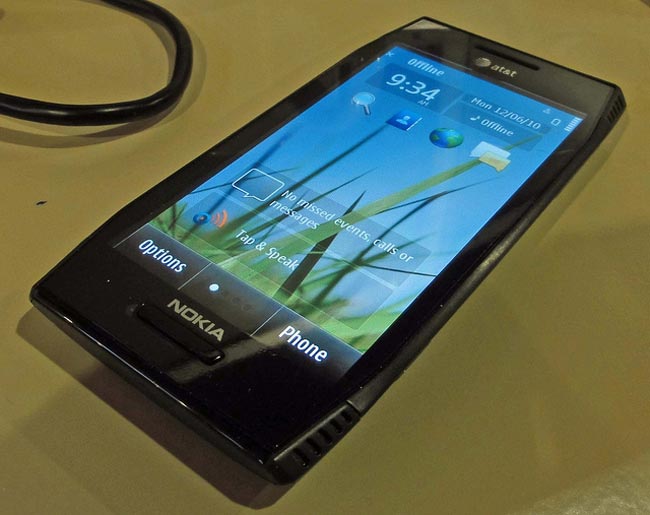 Nokia has been struggling to make an impact on the US smartphone market, with the big players like Apple’s iOS and Google’s Android taking the majority of the sales.

The Nokia N8, which was supposed to be Nokia’s flagship smartphone was met with less than a warm reception when it went on sale, and now another smartphone looks like it has been cancelled.