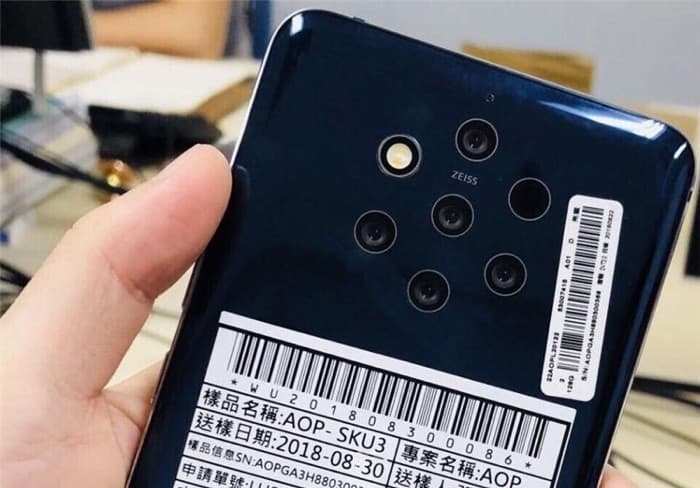 We have been hearing rumors about the new Nokia 9 smartphone and according to a recent tweet by Roland Quandt, the handset will launch as the Nokia 9 Pureview.

HMD global has apparently acquired the rights to the Pureview name and this will be used in the new Nokia 9.

Nokia 9 Pureview. That’s the actual marketing name of what will come soon from HMD Global. (I know the bought the rights to the Pureview moniker, but can now confirm it’ll be part of the device name.)

We recently saw a leaked photo of the handset which revealed that the device would come with five rear cameras. The handset will feature Zeiss optics and is expected to come with a Qualcomm Snapdragon 845 processor.

HMD global are expected to make the new Nokia 9 Pureview smartphone official later this month, as soon as we get some more details, we will let you guys know.