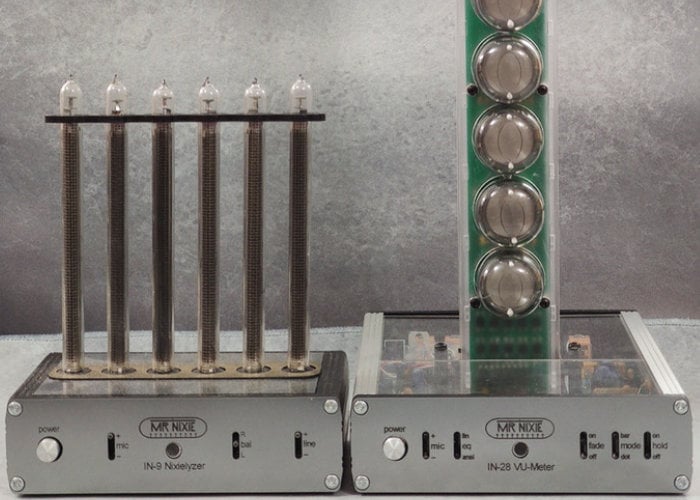 “Sorry for the 90° rotated photo but I haven’t got any better idea for the moment to show such a tall device in good resolution in a 16:9 format. Not only before the resounding success of the IN-9 Nixielyzer (see here) many customers has asked me for an alternative Audio-Meter. And here it is: One of the biggest DIY Nixie VU-Meter available as a commercial DIY kit (or assembled) on the market, based on 10 (mono) or 20 (stereo) IN-28 Nixie dot tubes with a real size of nearly 380 mm in height.

The IN-28 VU-Meter shows – like in the good old times in your tape recorders – the audio level on a 10 or 20 dot column in mono or stereo, but not on “ordinary” LED or VFD-Displays but on big Nixie Dot tubes. It is a “symbiose” of modern – but non processor – analog and fine Neon tubes display technique from the 70’s of the last century. 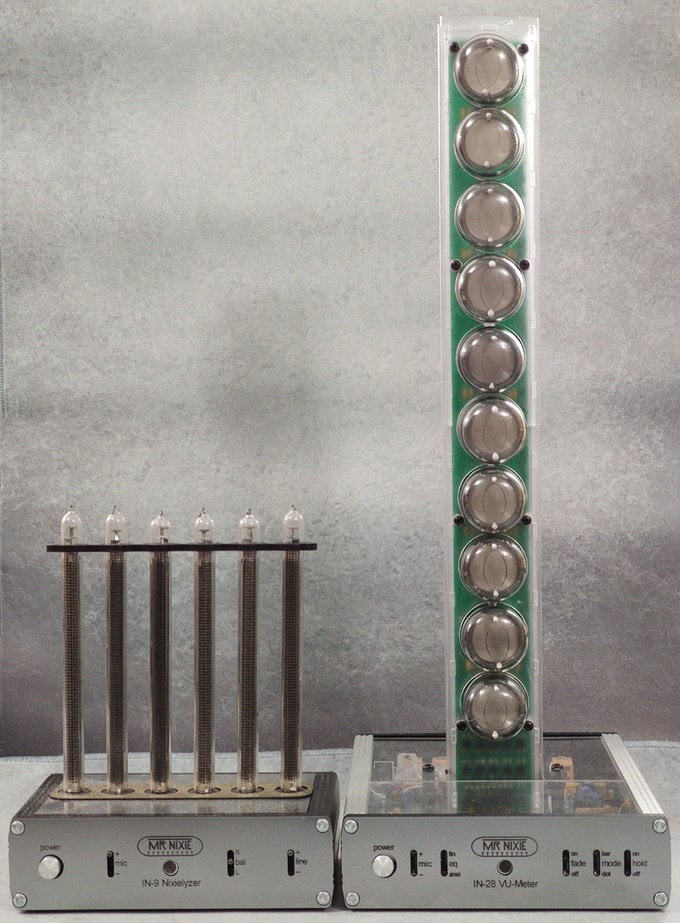 The circuity is designed around the National (now TI) LM3914/15/16 display driver which is often used in LED VU-Meters. You’ll find hundreds of DIY meters when looking at Youtube for example. But no one has ever driven Nixie tubes, or better “big Nixie dots” with this well known IC series.

Jump over to the official Kickstarter project page for more details and a complete list of all available pledge options which start from €249 with worldwide shipping expected take place during June 2020.