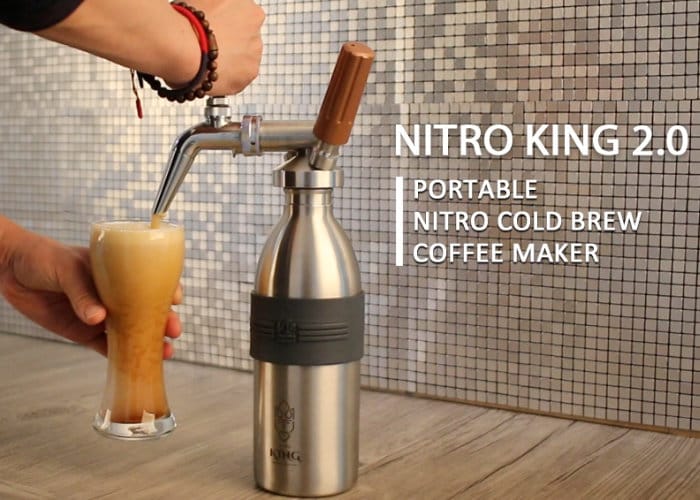 Coffee drinkers may be interested in the second generation Nitro King cold brew coffeemaker which is being created by the Brewing Company. Nitro King 2.0 Builds upon the success and design of the first home nitro cold brew system and is now available to purchase priced at approximately $172 or £130 offering a considerable saving off the retail price of $275 which will come into effect once the Kickstarter campaign comes to a close.