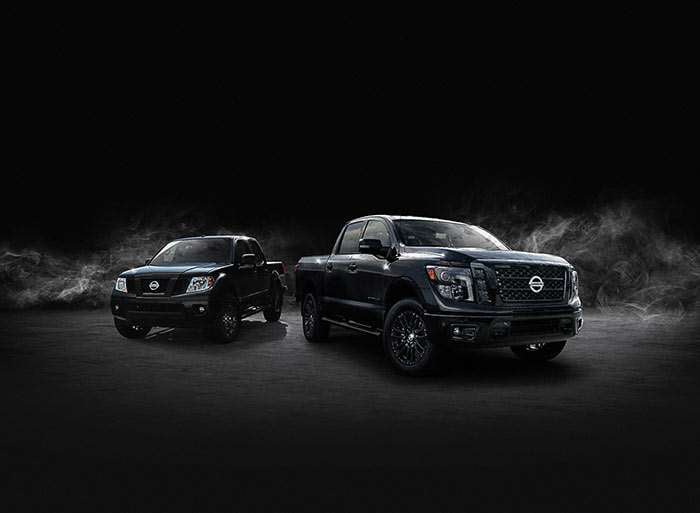 Nissan says that buyers will receive an average of a 50% discount on the Midnight Package compared to ordering the parts separately. Titan Midnight edition gets black wheels, grille, dark headlights, black fog light finishers, and 20-inch black wheels among other parts. It will be offered on Titan XD with the Cummins diesel and 4×4 only. Titan buyers can get the package in crew cab SV and SL versions with 4×4 or 4×2.

The Frontier Midnight Edition gets body color bumpers, 18-inch black gloss wheels, and more. Both trucks will come in black, white, or gun metallic colors. They will go on sale in late fall of this year.