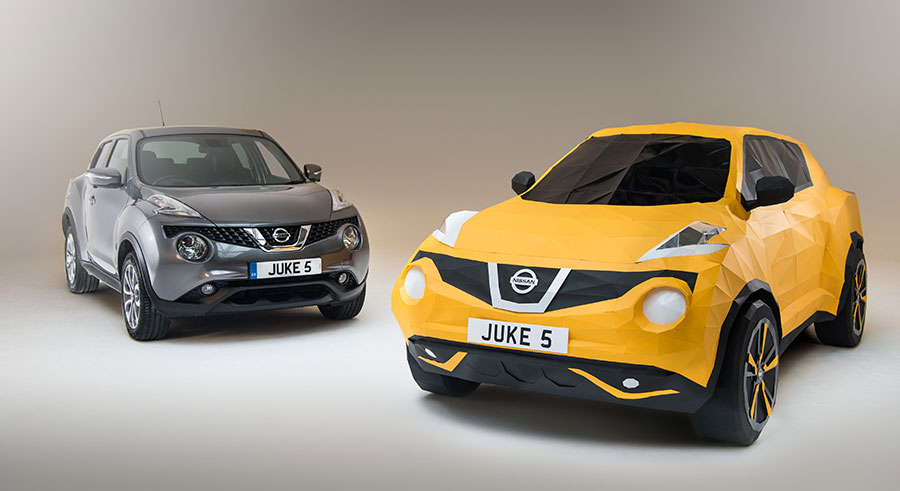 Nissan has a global hit with the quirky Juke crossover that has been selling well around the world and spawning competition with similar models. It has been five years since the first Juke rolled off the assembly line and hit dealerships and the crossover is the second best selling Nissan model in Europe with over 700,000 of the little cars sold since it debuted.

To celebrate that birthday Nissan challenged a British artist called Owen Gildersleeve to create a life-size Juke out of paper. The Origami Juke took the artist 2,000 folded pieces of paper to create and 200 hours of work. The Origami Juke has the same features and design cues as the real car with wheel fenders, lights, and grille.

Nissan says that since Juke deliveries began in October 2010, it has sold more than 150,000 units in the UK alone. The Origami Juke was revealed to coincide with World Origami Days celebrated across the world from October 24 to November 11. The artist didn’t give any indication of what holds the origami Juke together on the inside. Presumably, it has some sort of cardboard support structure underneath.