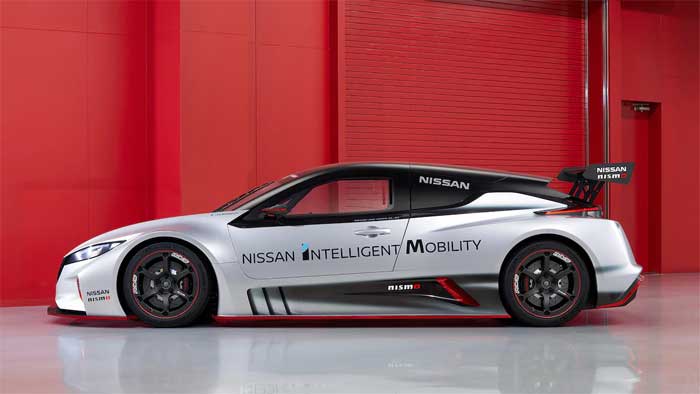 The Nissan Leaf is an EV meant for cruising the streets economically. You might not think that a racing version of the Leaf would be a thing, but it is. The car you see here is the Leaf NISMO RC, and this new version is twice as powerful as the previous version of the vehicle.

The dual electric motors give a combined 322hp and 472 lb-ft of torque. Weight is 2,690 pounds, and the car can reach 60mph in 3.4 seconds. This racer isn’t meant to join any series and is a concept. Nissan will build six of the cars and have them on hand at events around the world.