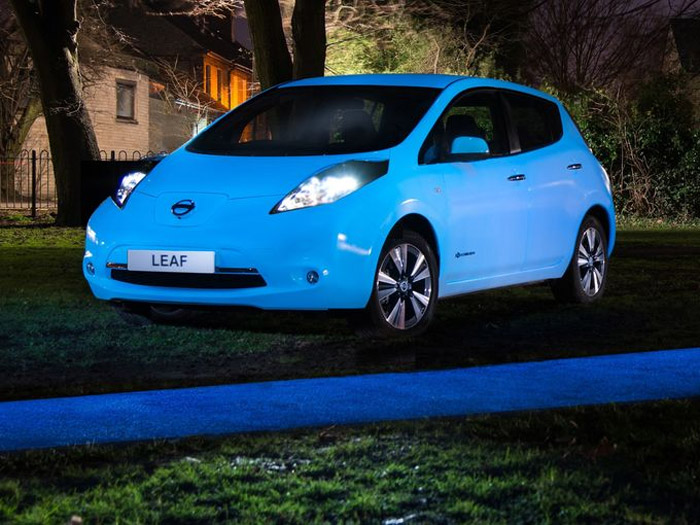 Nissan has been putting in some interesting work with vehicle paint. Not too long ago the automaker was working on paint that cleaned itself to make cars that didn’t need to be washed as often. Nissan is now working on paint for some of its cars that glows at night. The first car to get the glowing paint is a Nissan Leaf.

The car looks like something you would see at a black light party with a blue tinge. Nissan thinks that its glowing paint would last on the car for up to 25 years. The reason that the paint was used on an electric Leaf first is to underscore the fact that the Leaf is an electric vehicle.

The glowing paint gets the power to glow from the sun during the day. Nissan says that for now the glowing paint is only a demonstration. It has no plans to release the glowing paint to manufacturing. I wonder if the research will lead to aftermarket paints that glow at night. I don’t think the ricers of the world need any more reason to have obnoxious cars.