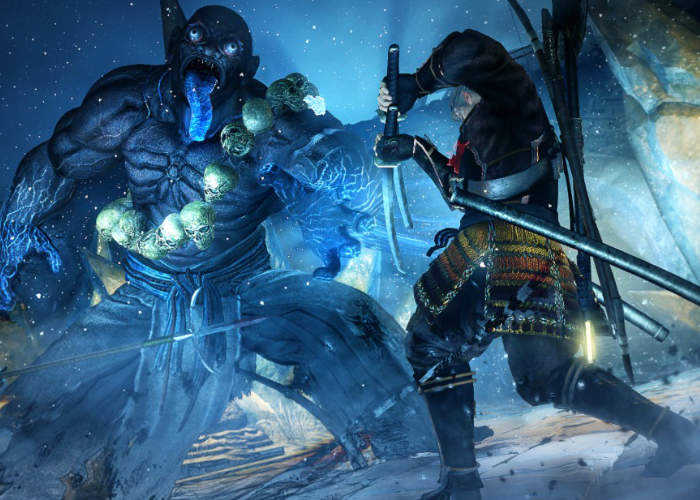 More details have been released this week for the new PlayStation 4 exclusive action role-playing game called Nioh. Developed by Team Ninja for the PlayStation 4.

Nioh takes place in the early 1600s during a fictionalized version of the Sengoku period, during which Japan was in the midst of civil war prior to the ascension of the Tokugawa shogunate, offering a samurai RPG.

Check out the recently unveiled trailer to learn more about what you can expect from the storyline and hack and slash combat gameplay, once Nioh officially launches on February 9th, 2017.

Players taking the role of a Western samurai named William guiding him on missions through enclosed environments fighting both human enemies and supernatural beings called yokai: missions are self-contained, and selected from a menu rather than reached by navigating an open world.

Shrines scattered through levels act as checkpoints, allowing players to save progress, replenish health and raise William’s experience level through accrued experience points: doing this respawns all normal enemies within an area. Skill points acquired in combat can also be assigned at shrines.

In sword-slinging action RPG Nioh, there are times where you will be afraid. And you will die. Often. Probably in some horrible fashion involving fire, ice, and/or sharpened metal.

But that’s all part and parcel of a game where death is not the end, but merely the beginning of overcoming a variety of terrible foes. It’s a thrilling combat driven experience set in 16th century Japan that has you clammily clutching your DualShock 4 for dear life in desperate battles against vicious fiends and brutal monstrosities. It will not be easy, but developer Team Ninja is making sure every sweaty step is one you’re going to enjoy.

If you’re as excited as we are for Nioh when it launches on February 7 in North America, then you’ll be delighted to hear that, as of today, pre-orders are live across PlayStation Store and your local retailers.
On PlayStation Store, we’re offering two editions of the game:

Digital Deluxe
• The full game
• Weapon pack with five new weapons
• PS4 Avatar
• Season Pass
Pre-order either edition to receive: The Nioh armor to equip in-game, inspired by the ancient statues that stand guard at temples across Japan. And a Nioh Dynamic Theme for PS4. In addition, if you pre-order Nioh or the Digital Deluxe Edition on PlayStation Store or purchase in the first two weeks after launch, you’ll also receive the Crimson Master Armor, another in-game armor but this time based on legendary samurai Yukimura Sanada.

For more details jump over to the official Playstation Blog via the link below.