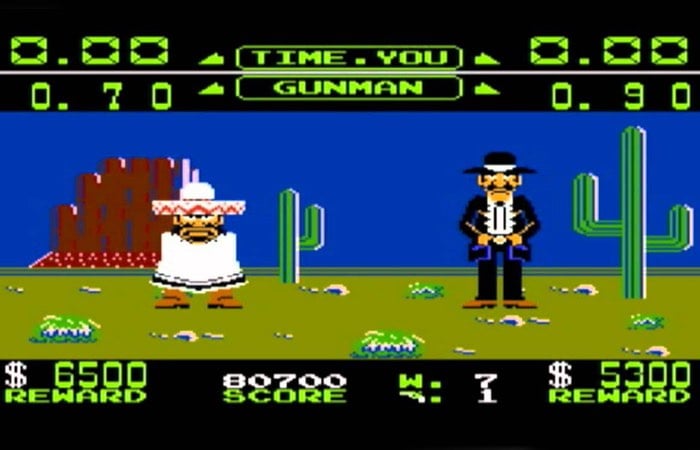 Check out the video below to relive the iconic scene from the Back to the Future Part II film and if you own a Nintendo Wii console the game is also available to download from the Nintendo eShop via the link below.

Do you have what it takes to be the fastest gun in the West? Wild Gunman pits you against quick-drawing outlaws to see if you can beat them with speed and accuracy. Originally for the Nintendo Entertainment System using the Zapper light gun, you now use the Wii Remote to take aim and fire before your opponent does.

Three game modes let you take on one outlaw, or two at the same time, or a whole gang of them. Keep a cool head and a steady trigger finger, and show those outlaws who’s the quickest on the draw.

For more information on the new Wild Guman video game as seen in the original Back to the Future movies jump over to the Nintendo website for details.