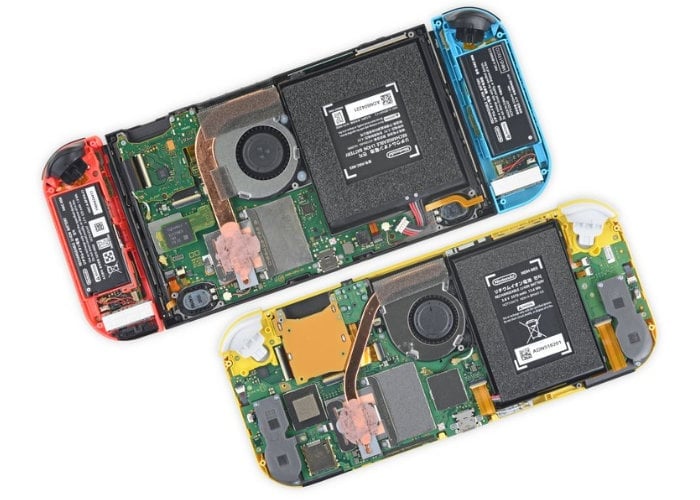 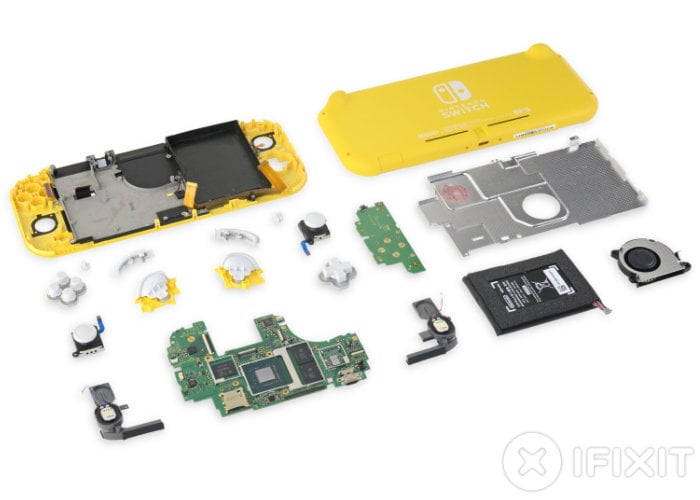 – Screws, rather than adhesives, secure most components.
– Many components, including the joysticks, fan, and headphone jack, are modular and can be replaced independently.
– The battery, though strongly glued down, can be replaced shortly after removing the rear case.
– The digitizer and display are not fused, but are firmly glued in place.
– The flash storage and SD card reader are now soldered directly to the motherboard.
– Uncommon tri-point screws hinder all repairs.