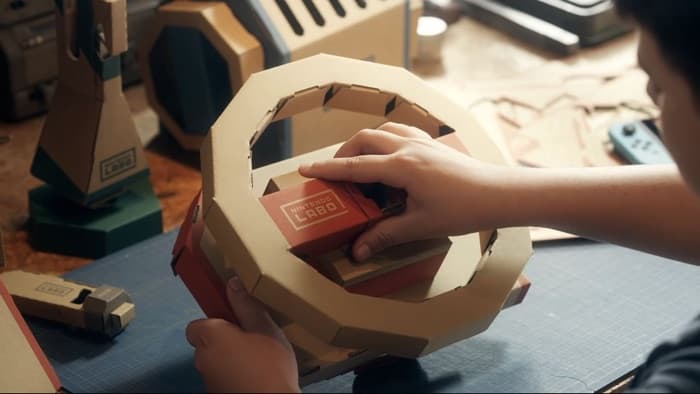 Nintendo has announced its latest accessory for the Nintendo Switch, the Nintendo Labo Vehicle Kit, this can be seen in the video below.

The new Nintendo Labo Vehicle Kit is launching on the 14th of September and the device will retail for $69.99.

Nintendo Labo: Vehicle Kit will unlock even more ways for people to make, play and discover together, as they speed through races, battle cars equipped with extendable arms and explore a mysterious world. Each vehicle features its own controls and special moves, and with the second Key, players can even invite a co-pilot along on their in-game journey. Interacting with the assembled Toy-Con creations instantly translates into in-game actions to create a truly immersive experience – from pulling the cord on the Car to pop a wheelie, pushing the button on the Submarine to launch a grappling hook and so much more.

You can find out more details about the new Nintendo Labo Vehicle Kit over at Nintendo at the link below, it is now available to pre-order.