Nintendo announced the latest generation of their handheld DS gaming console back in March, now it looks like it may have turned up at the FCC.

As you can see in the photo below, the image is most likely a testbed for the new Nintendo DS, and the FCC report that it showed up in was for its WiFi system. 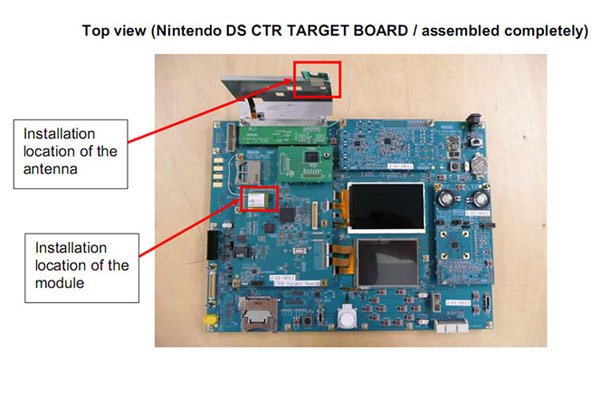 Take a look at the two screens in the picture above, the top one is larger and wider than the bottom one, so this could mean that the 3DS will feature  a widescreen display.

We have heard rumors that Nintendo will be launching the 3DS before Christmas 2010, so it showing up at the FCC now would tie in with a launch date of this year.